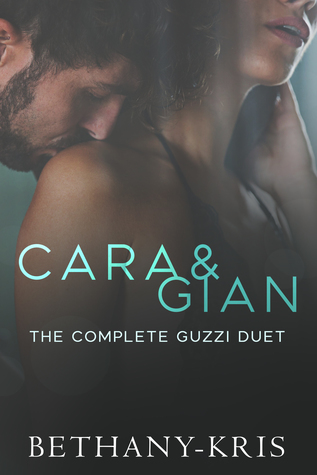 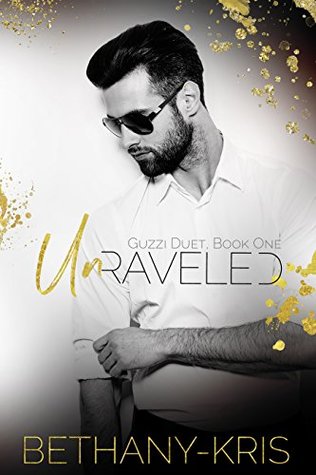 Synopsis: Cara Rossi’s life has been a mess ever since her identical twin was killed. She blames the mafia, its ways, and the people within the caustic culture for a painful reality that turned her world on its side. In an attempt to momentarily pause her misery, a night out puts her on a path with a man she shouldn’t get involved with simply because of his last name—Gian Guzzi.

He’s the kind of man that makes it hard to say no.

Gian Guzzi’s problems are piling up fast. A murdered grandfather, an unpredictable mafia, and a new boss that threatens both his family’s legacy and his life. As a Cosa Nostra underboss, Gian has a duty. First to la famiglia, and only then to himself. In the midst of the violent uncertainty that has become unrelenting in his days, Cara Rossi should only be a distraction for him to enjoy.

She’s a happiness that he was never allowed to choose before.

His lies.
This life.
Their love.

It all unravels eventually.

Review: I had heard about the Guzzi, but this is the first novel I discovered and for once we have only characters I didn’t know about. Also, I was curious to see what the author would propose.

So we discover Gian and Cara. Cara recently lost her twin sister and this is a challenge she is struggling to overcome. So when she meets Gian, her morose life takes on a different meaning. Gian is one of the heirs of the mafia, and everything she should avoid and hates since the death of her sister and yet… Gian wants her and she can’t refuse him. However, Gian has problems to deal with on his side, big problems since his grandfather was murdered and being with Cara won’t help at all.

I really had a good time with the novel, but it’s true that since I read several books in all the series, I’m starting to see a lot of similarities with the other stories and I think it’s a bit sad. This aside, I really had a good time with this story and I must admit that I really enjoyed seeing the turn of events: I didn’t expect this at all! I was really surprised to see how things were going for Gian and Cara and now I’m looking forward to finding out what’s next to see what the author has to offer.

As I said, it was a very good discovery once again!

9 thoughts on “Unraveled by Bethany-Kris”