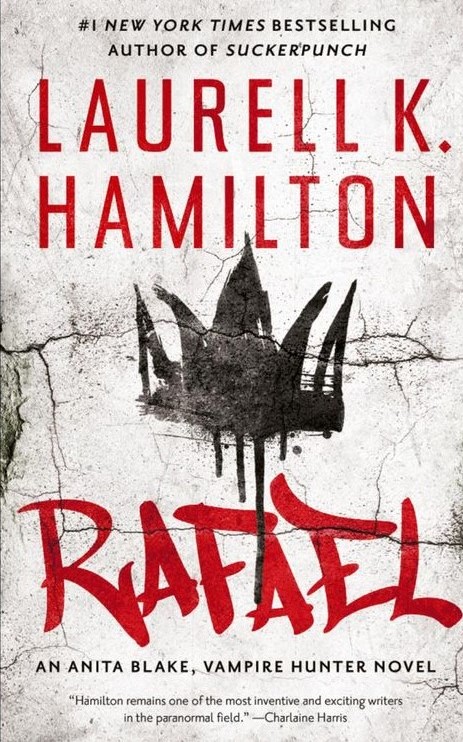 Synopsis: Rafael, the king of all the wererats, appeared in the very first Anita Blake novel. Now he is center stage as he fights to defend his crown with Anita Blake at his side.

Review: After 27 volumes in the series, here is a novel that changes a bit. I must say that when I saw that this volume featured Rafael, the king of rats, I was immediately curious to know more!

Rafael’s position is not easy, and he knows that if he wants to maintain his status and stay alive, he must become Anita’s animal to call. But with Narcissus threats, she is in no hurry for that to happen. But things will change and our heroine will have to make sure she stays alive while preserving the seat of the king of rats. This will be far from easy.

I enjoyed getting back to the characters we know, but especially Claudia. There is a bit too much love drama for me… but it’s true that this is often the case in this series. I think I expected a little too much from this new volume, because in the end I preferred the previous one. After so many volumes, it must be just as difficult to find new ideas to continue the series.

It’s not necessarily the novel I would recommend the most, but I’m sure people will be delighted to find the characters again!