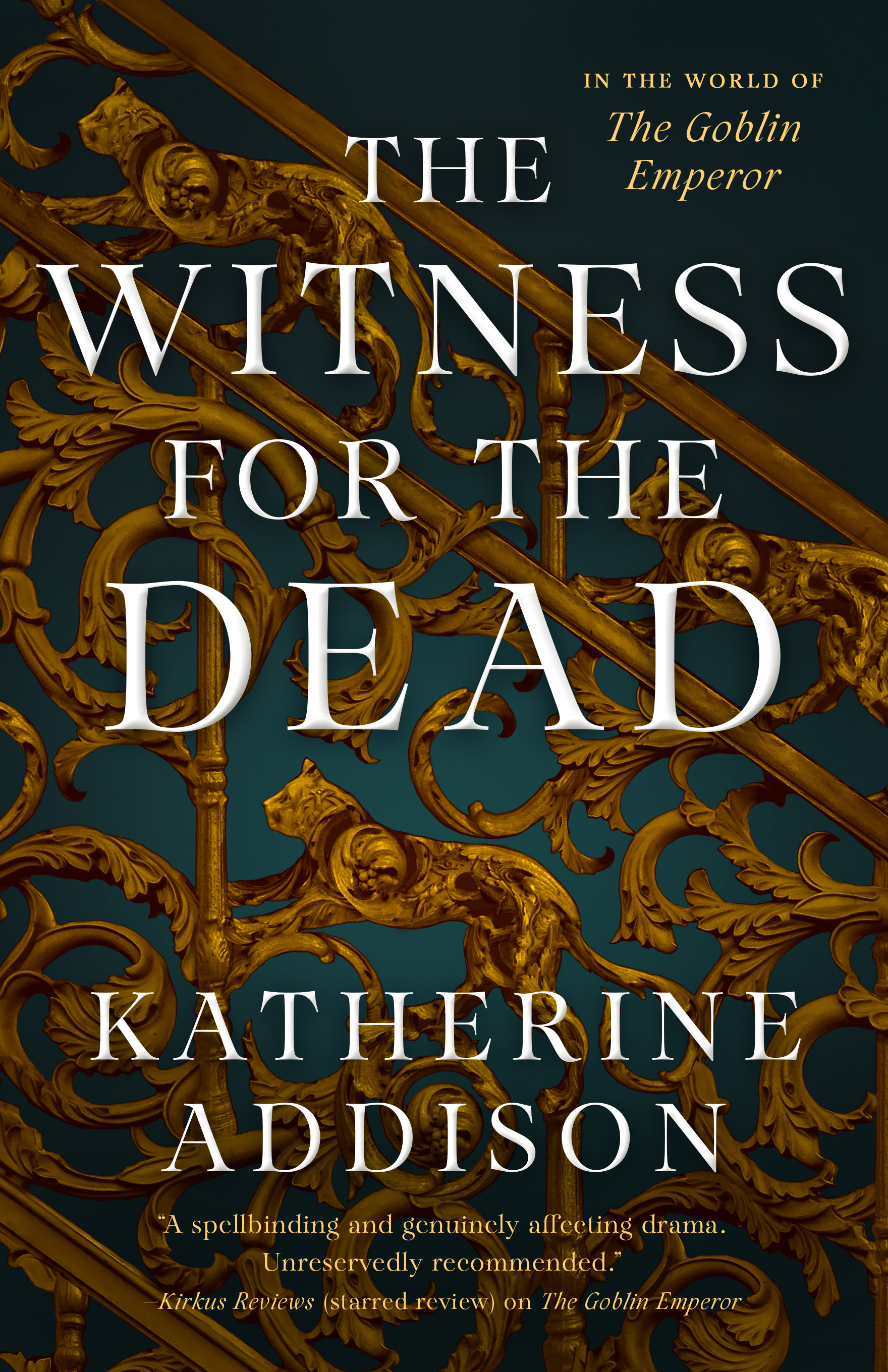 Synopsis: Katherine Addison returns to the glittering world she created for her beloved novel, The Goblin Emperor, in this stand-alone sequel.

When the young half-goblin emperor Maia sought to learn who had set the bombs that killed his father and half-brothers, he turned to an obscure resident of his father’s Court, a Prelate of Ulis and a Witness for the Dead. Thara Celehar found the truth, though it did him no good to discover it. He lost his place as a retainer of his cousin the former Empress, and made far too many enemies among the many factions vying for power in the new Court. The favor of the Emperor is a dangerous coin.

Now Celehar lives in the city of Amalo, far from the Court though not exactly in exile. He has not escaped from politics, but his position gives him the ability to serve the common people of the city, which is his preference. He lives modestly, but his decency and fundamental honestly will not permit him to live quietly. As a Witness for the Dead, he can, sometimes, speak to the recently dead: see the last thing they saw, know the last thought they had, experience the last thing they felt. It is his duty use that ability to resolve disputes, to ascertain the intent of the dead, to find the killers of the murdered.

Now Celehar’s skills lead him out of the quiet and into a morass of treachery, murder, and injustice. No matter his own background with the imperial house, Celehar will stand with the commoners, and possibly find a light in the darkness.

Katherine Addison has created a fantastic world for these books – wide and deep and true.

Review: I thought I had read the first volume, but I quickly realized that I had not. I hesitated before jumping into the story because I was afraid of being lost, especially in a fantasy world, but since the author specifies that it’s a standalone, I thought it was worth a try. Finally, if I think it can be interesting to read the first volume to have the basics of the universe and the characters, I had a good time.

We discover Thara Celehar, a witness of the dead, who has the gift of being able to see the last moments of a person’s life. This is how he witnesses the murder of a young woman, one that everyone thought had drowned. Determined to discover the truth, he tries to understand what happened and follows the path of the young woman. This is how he will learn that the young woman was hiding many secrets.

This was a pretty cool novel with the same thread as a suspense novel and I enjoyed following the main character’s investigation. I need to discover the first volume to see what I missed.

10 thoughts on “The Witness for the Dead by Katherine Addison”