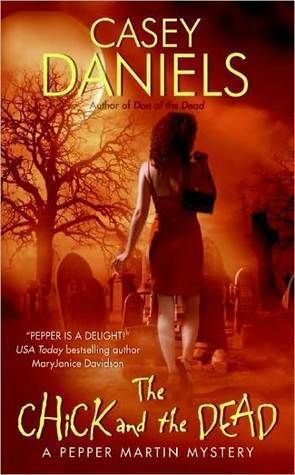 Synopsis: Ever since the former rich girl-turned-Cleveland cemetery tour guide banged her head on a headstone, she sees dead people. Worse still, she hears them—and they won’t shut up! Now it’s Didi Bowman, a poodle-skirted relic from the Great Beyond, who’s bending Pepper’s ear, complaining that her famous author sister, Merilee, has done her wrong. Trouble is, if Pepper proves it, she’ll break the hearts of millions of Merilee’s fans. And if she doesn’t, Didi’s ghost may never go away.

Pepper needs peace and quiet (and rent money), so the cash-strapped ex-heiress agrees to take a job as Merilee’s secretary and dig around the family tree. But when she unearths more than she bargained for—like an illegitimate daughter, a bunch of illicit love affairs, and a possible murder—suddenly a very poisoned pen is all set to write Pepper out of the story permanently.

Now that Gus has disappeared, it’s Didi’s turn, the sister of a well-known author, to appear on the front of the stage. The problem is that she lies as she breathes and she asks Pepper to prove that it is not her sister who wrote the world-famous novel that everyone is talking about, but her. Before making a scandal, how do you know if it’s the truth? But Pepper is determined and she will do everything to find out what happened so long ago and she will reveal secrets that many people would have preferred to remain buried. Yet this research may well once again put her life in danger.

I really enjoyed this novel, even perhaps more than the first as the basics of the story are now well laid. Pepper will have to separate the true from the fake, which is not that simple and I found it very interesting! For my biggest pleasure, we’ll see Dan and Quinn again (yes, Quinn !!!) and I can not wait to see what she’s going to do for both of them, especially since we’ll have a big revelation for the first one!

So it was a very nice sequel to read and I’m curious to embark on the third one! 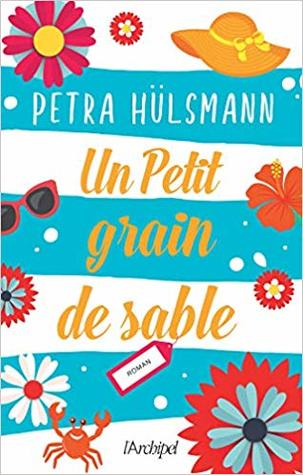 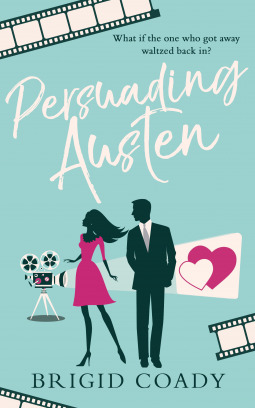 Synopsis: After being together for ten years, Sylvie and Dan have all the trimmings of a happy life and marriage; they have a comfortable home, fulfilling jobs, beautiful twin girls, and communicate so seamlessly, they finish each other’s sentences. However, a trip to the doctor projects they will live another 68 years together and panic sets in. They never expected “until death do us part” to mean seven decades.

In the name of marriage survival, they quickly concoct a plan to keep their relationship fresh and exciting: they will create little surprises for each other so that their (extended) years together will never become boring. But in their pursuit to execute Project Surprise Me, mishaps arise and secrets are uncovered that start to threaten the very foundation of their unshakable bond. When a scandal from the past is revealed that question some important untold truths, they begin to wonder if they ever really knew each other after all.

Review: I like Sophie Kinsella’s books, but I haven’t read one of her novels in years. In any case, I was curious to discover another of her stories after so long.

Sylvie and Dan have a nice life, they have two lovely little girls. However, their lives will change when, after an appointment with their doctor, they learn that they will live to be 100 years old. They are in their thirties and knowing that makes them ask themselves many questions: can they handle 70 years together? They didn’t realize it was so long… They will try to surprise themselves, but things are not that simple. This story will disturb them, dig a distance between them and Sylvie will try more than anything to understand what is going on.

I enjoyed discovering this couple and especially Sylvie. We gradually enter their lives and discover an attentive husband, yet something is wrong. We will also discover some secrets, but rather towards the end of the story and I must admit that I didn’t expect this at all and I found it very interesting and well brought. Yes, because I have to admit that the whole first part of the story is quite slow and redundant and I didn’t really understand where the author wented to go. But this end was surprising.

So it was a pretty nice novel to discover. 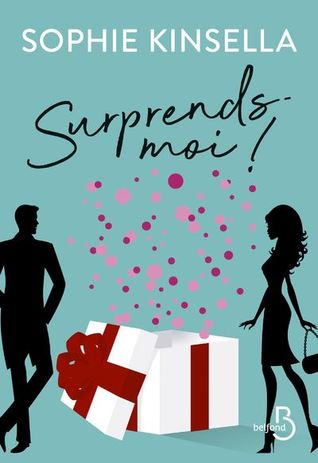