Synopsis: The year is 1945. Claire Randall, a former combat nurse, is just back from the war and reunited with her husband on a second honeymoon when she walks through a standing stone in one of the ancient circles that dot the British Isles. Suddenly she is a Sassenach—an “outlander”—in a Scotland torn by war and raiding border clans in the year of Our Lord…1743.

Hurled back in time by forces she cannot understand, Claire is catapulted into the intrigues of lairds and spies that may threaten her life, and shatter her heart. For here James Fraser, a gallant young Scots warrior, shows her a love so absolute that Claire becomes a woman torn between fidelity and desire—and between two vastly different men in two irreconcilable lives.

22:30. I switch off the television. I’ve just watched an episode of Outlander and I suddenly really want to immerse myself in this bookish saga. But I can not say it too loud, in fact I’m even doing a monologue in my head, and the lowest possible. You never know. The Gods-of-all-the-things-to-the-land-of-sky-and-the-Sea have ears everywhere. But maybe they go to bed early?

Come on, I’ll watch again a little video, just to put me in the mood …

I try telepathy. I have heard that it was working, I just need the right focus. Easy, I am inhabited by the episode I’ve just watched, and I also took the opportunity to take from my library the 12 volumes of the saga to flip through them… I just have to want it really strong. Books-addicts are you there? Do you hear me? Should we talk … and not in a meeting with the redhead-General-in-Chief. No, this one, we need to be wary about her.

(Long silence. No answer. I have trouble finding the right channel. I take a sip of my tea that has already cooled down. I smile, thinking of the whiskey that those highlanders would put to give it more taste and to develop its healing properties!)

I already know that I will not talk about this saga at the meeting. They will force me to leave my copy, or rather all my best to burn them. Forbidden-books, dangerous, black list and other unknown reasons.

I still do not understand what is wrong. I try yet, but I can not. I do not understand. Outlander is an intelligent saga, based on a romance, certainly, but not only. It has a specific historical context, well documented, and on various aspects: politics, society, medicine, morals, religion … The pace is fast, bright and with a nice pen. Okay, it’s spicy and sexy (we even have some top mega cool scenes!!, but shhh, do not tell it too loud …), and there is an ocean of emotions (my little heart is still messed up), but it is not a crime, right? And we have some great characters and thanks to them, I like Highlanders!
If I think about it, the only problem is that this saga is likely to make me give up my non-purchasing greeting books throughout the month (a feat I tell you … it has not happened to me since …. (a long whistle that I interrupt immediately, the Gods-of-all-the-things-to-the-land-of-sky-and-the-sea are likely to hear me) very long …). So yes it is a sin, the non-observance of these vows, but this is just about my banker and maybe she reads this saga, so she could understand.

(Pause, I think, I really do not want to see the redhead Cerberus …)

Oh, oh, girls, do you hear me? I’m probably not concentrated enough on them. My mind is scattered to reliving the various volumes. Le Chat du Cheshire? Melliane? Johanne? Roanne (yes, yes, I know you’re a book-addict too …)? We need to talk, and quickly …

A deep voice resonates in my head. I know her too well. These are the gods-of-all-the-things-to-the-land-of-sky-and-the-Sea.
“Yes, we need to talk.”

Oh S …. Telepathy works … But I was on the wrong channel … 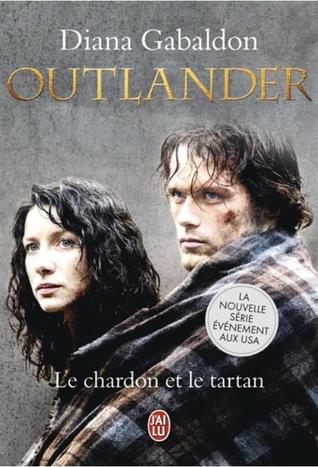