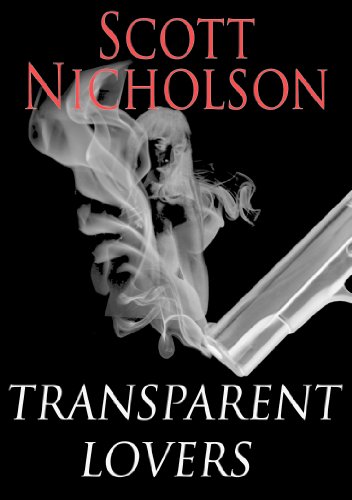 Synopsis : Private investigator Richard Steele must solve his most difficult case ever—his own murder—while caught between women on both sides of the grave. His lover Lee is tangled up in the mess he left behind, and his dead ex-wife has been waiting on the other side for her chance at revenge.

In a race against time as his spirit slips away, Richard confronts his many, many failings and faces a power beyond his understanding–love.

And it’s going to be a hell of a final showdown.

Review : I didn’t know what I could expect about this book when I started it, but finally, it was a little story, pleasant to read. Yes, little, because it only counts 115 pages, therefore it’s a novel we can very quickly read. I think it allows us to learn a little more about the Scott Nicholson’s writing style for his books. The only point which bothers me is about the characters. I confess I would love to learn a little more about Lee, Richard or even Diana.
From the start, we really understand the Richard’s feelings for Diana, but their acts on toward the others aren’t the best. We can really know what the story is about with the synopsis, Richard has a new mission : to discover the reason of his murder and his killers. But finally, it’s more complicated than he expected, mainly when her ex-wife decides to show up. Everything happens really fast without we can have the time to really think about it. But the plot is very interesting and I really enjoy the tone of the story. There is always a little humor’s touch in this dramatic novel and it’s pleasant to see Richard evolve in all of this. Of course, who couldn’t like this waiting room between the two worlds. Or even this secretary who is always unhappy and has a bad temper but who, however, has done everything she can to help our hero to finish his quest. Lee, on the other side, is the last character who intrigues me. Despite Richard always thinks about her, I didn’t feel anything for her, maybe it’s due to her only appearance at the end of the book.
To conclude, it’s a nice read, and it allows is to make a little break between two books. I’m glad to have discovered this book.