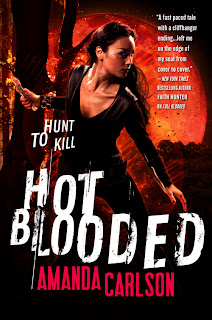 Synopsis: It hasn’t been the best week for Jessica McClain.

Her mate has been kidnapped by a Goddess hell-bent on revenge — but Jessica is playing for keeps.

Because she’s the only female werewolf in town…it comes with its own set of rules…and powers.

Aided by two vamps, two loyal Pack members, and one very reluctant human, Jessica must rescue her man while coming to terms with what being a wolf really means.

All in a day’s work for a girl.

Review: Since the end of the first volume I was impatient to rediscover the Jessica McClain’s adventures. I must say that the first volume ended on a great event and I only wanted one thing after that: to continue the quest for our heroine to find her dear companion Rourke. This adventure will not be an easy one and it will lead us much further than she would have liked. But it is also a quest that will allow her to understand a part of herself and realize that she is much more different than what she thought. Jessica is determined to find the man she is destined to, from the beginning of the book. However, she will learn a rather disconcerting news before leaving. Indeed, it seems that she is not only the center of the prophecy that has rocked her life but she is also in the center of another one much important, involving all the existing species. We can think that at least it would limit the negative image she has on the other wolves, if only she wasn’t now against all the creatures in the world. But this story doesn’t matter even if it puts her in an uncomfortable position. Her sole purpose is to find her soul mate. So she’ll travel across the country looking for him and face the goddess who has him to take him back with her. Jessica is also helped with the fun and flirty Danny, a werewolf of her pack; her brother Tyler; Ray, the policeman who especially dislikes our heroine and finally two vampires present to guide them through the land, right to their enemy. This mission will be filled with obstacles of all kinds, and it will force them to deal with multiple creatures they didn’t know anything about until now. It was a great pleasure to meet all our heroes of the first volume and to see how they evolve in this book. Jessica will really change here and we have the opportunity to discover some new very intriguing powers. Of course, I’m sure this is far from being finished, but my curiosity is sharpened. She manages to do some pretty amazing and fascinating things and we wonder what her limit will be. I was so impatient for her to find Rourbe and therefore attend their reunion and I must that say I was not disappointed. Of course, we also expect a wonderful battle with our goddess and we definitely have it here for our greatest pleasure. Danny and Tyler are both always here for our heroine and they take their mission to protect her at heart. As for Ray, I must say that since the first book he was a character who irritated me and I was surprised to see a change in my feeling about him. He will have a lot of time to understand that what Jessica said, is not a lie, but he is incredibly useful for a human lost in the midst of creatures who surpasses him. It was pretty funny to see their verbal jousting, but also his determination and persistence even with the persons who could kill him in a flutter. Regarding our two vampires I really liked Naomi, but who coudn’t? However, for Eamon it is a different story. But back to our dear Naomi. It was very interesting to get to know her and understand who she really was. We do not expect to really enjoy her as much as she enters in the story, but she will prove herself loyal and attentive. She perfectly complements our small group and each of her revelations is very interesting. I really hope that we will be able to see her much in the next volume. I think the only thing I was a little disappointed about, was no being able to have the opportunity to see James but we understand that there is a purpose behind it and I can not wait to discover all that. It was a very good second volume again and I must admit I really want to throw myself on the next one! The wait will be so long! I feel it! We find a mixture of action, adventure, battles, and of all kinds. You haven’t tried the series yet? You really need to! It’s a wonderful urban fantasy series.