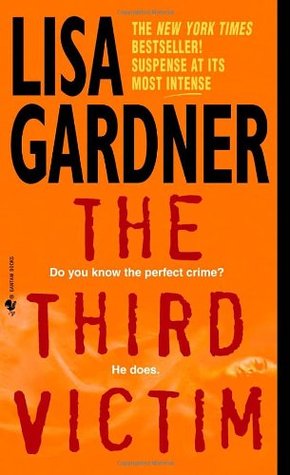 Synopsis: The past isn’t over….

An unspeakable act has ripped apart the idyllic town of Bakersville, Oregon, and its once-peaceful residents are demanding quick justice. But though a boy has confessed to the horrific crime, evidence shows he may not be guilty.

Officer Rainie Conner, leading her first homicide investigation, stands at the center of the controversy. It’s hitting too close to home, bringing back her worst nightmares, threatening to expose her secret sins. But with the boy’s life at stake, she won’t let anything stop her from finding the real killer.

With the help of FBI profiler Pierce Quincy, Rainie comes closer to a deadly truth than she can imagine. Because out there in the shadows a man watches her and plots his next move. He knows her secrets. He kills for sport. He’s already brought death to Bakersville and forever shattered the community. But what he has really come for is Rainie — and he won’t leave until he has destroyed her….

Review: I did not know anything about this series but I knew Lisa Gardner and I was curious to see how this small series was. Again, I did not start with the first book, but by reading the synopsis, we can see that the previous volume deals with different characters. There are therefore no real problems here with this story.

We meet at the beginning of the story: Rainie, a police officer in a small provincial town. Nothing ever happens there and life is pretty quiet, so when a gunfight broke out in the local school, the town is thrown into agitation. Rainie rushes to the scene to find Shep (the town sheriff) in negotiations with his son holding weapons in his hands. But that’s not all, because two little girls and a teacher were killed and the culprit seems logically named. The people of the city have also already condemned this child who confessed several times. Unfortunately, ​​people decided to hold a big grudge to this family and to Rainie who was unable to prevent this disaster in time. Yet our heroine is convinced that there is more and helped an FBI investigator: Quincy, they will try to understand what happened in this small school.

I loved Rainie. She had always had a very difficult life with an alcoholic mother who beat her and a trauma she constantly keeps in her. Yet she has built a fairly simple life as she likes it, keeping a secret which gradually destroys her, especially now that this new case makes her think about her past. However, despite her fragility, our heroine knows how to be in control when she needs it and she will do everything to solve this case as best as she can. And then there is also Quincy … Ah this man. He is far from the stereotypes that we may encounter in literature. He is a multi-faceted man, attentive, analyzing everything that is happening around him and knowing things that Rainie would rather forget. While a link will immediately bind them at the beginning of the story, we understand that the man will never be an one night stand. No, because he wants one thing and that is to understand this enigmatic young woman who seems to hide a large pan of her life. It is well known by her attitude that Rainie wants to indulge and get rid of the burden she is bearing but at the same time she refuses that.

Regarding the murder investigation, it is true that the reader knows from the beginning of the story that someone beside the child is guilty, but we do not really know if there are one or two culprits. We have a lot of questions about this adult who participated in the killing. But while the answers are hard to get, and seeing that our assumptions are constantly changing, I admit that I still was surprised at the end of the book when we learn the identity of the culprit. I also did not expect the Rainie’s revelation on the night of her mother’s murder.

As you can see, I had a great time with this novel and the author presents a truly fascinating investigation. I am very curious to read the third book to find out more about our two heroes.

35 thoughts on “The Third Victim by Lisa Gardner”