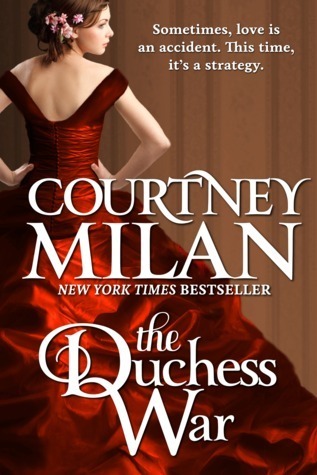 Synopsis: Sometimes love is an accident.

This time, it’s a strategy.

Miss Minerva Lane is a quiet, bespectacled wallflower, and she wants to keep it that way. After all, the last time she was the center of attention, it ended badly–so badly that she changed her name to escape her scandalous past. Wallflowers may not be the prettiest of blooms, but at least they don’t get trampled. So when a handsome duke comes to town, the last thing she wants is his attention.

But that is precisely what she gets.

Because Robert Blaisdell, the Duke of Clermont, is not fooled. When Minnie figures out what he’s up to, he realizes there is more to than her spectacles and her quiet ways. And he’s determined to lay her every secret bare before she can discover his. But this time, one shy miss may prove to be more than his match…

Review: I heard a lot of great things about the Courtney Milan’s historical romances and when I saw this new series, I admit that I was very intrigued. So I started happily with this first volume.

Minnie is a young woman who hides her past as best as she can, that’s also why she has changed her name. But the only way for her to be really safe would be to find a husband … alas, is it really the solution? The fact that she is trying to be a person she isn’t, gives a different image of her nature to the persons around her. While she has a great determination, many desires, she passes for a young silence woman, a malleable and insignificant mouse. It’s pretty sad that see what people think about her, and yet she is far from that. But while some are closer to the truth, attempting to delve into her past, Minnie crosses the path of a duke, someone well beyond what she could expect but which nevertheless seems very interested in her.

Mixing with the workers’ revolution and tracts to help the poor people conditions over a period which is governed by the privileges, gave a very interesting story. It was not necessarily a theme that I expected there but it was very interesting to learn more about it. As for the characters, Robert, our beloved Duke is a really likeable character. He is true, natural and, above all, trying not to look like his father, but when he meets with Minnie, everything will change. Minnie will have to face her past here, the choice of her parents and she will finally allow herself to believe in a better life where she would be recognized for the person she truly is.

I was very surprised by the revelations about the Minnie’s past! The author had very good ideas and it’s true that we do not imagine for a single second about the truth. All this makes us feel the pains of our heroine elsewhere and we fully understand some of her strange behavior. She had not had an easy life and it’s true that we hope all along that everything will work out for her.

It was a good first book and I admit that I’m curious to see how the others will be. 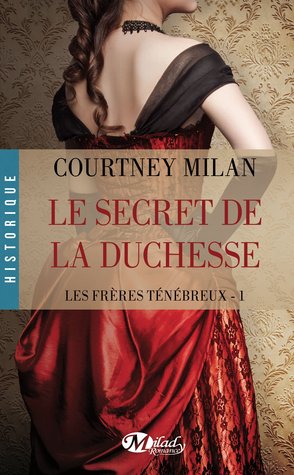 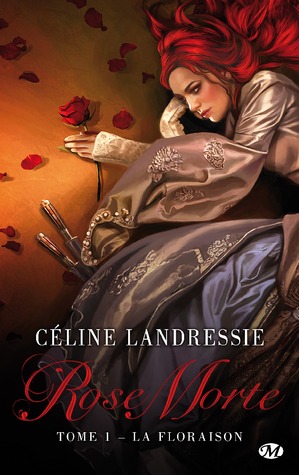 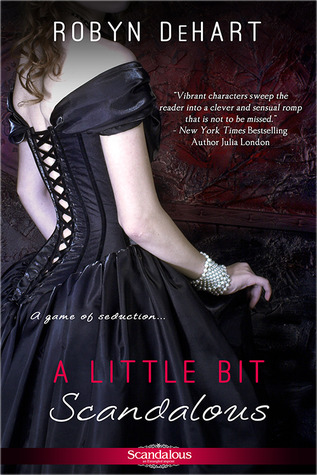 Synopsis: A woman in search of a gamble…

Mathematics prodigy, Caroline Jellico, plans to support herself by winning big in the gaming hells of London—while dressed as a boy. She’s tired of waiting for the elusive Roe to notice her. She’ll marry him or no man.

A gambler in need of redemption…

Monroe Grisham, Duke of Chanceworth, needs to marry off his beautiful young ward and ensure she attaches herself to the right man, not an irresponsible cad like him. But all grown up now, Caroline’s presence is an utter distraction. One he can neither act on nor deny.

A game of seduction…

But when Roe and Caroline meet across the gaming table, all bets are off. Seduction is in the cards and the winner will take all…or lose everything.

Review: By reading the synopsis of the novel, I was immediately intrigued by the ideas put forward by the author. We are here with Volume 3 but I confess that I have not had the opportunity to read the other previous novels. This is really not a bother by the way because I did not have any problem in my reading. Do not hesitate to start with this novel if you feel like it.

As I said, I loved the ideas used by the author. Indeed, the heroine Caroline is not a woman like all the others. Oh no, because her greatest passion is the card games but in a time like hers, it’s something very difficult to achieve. The solution is imposed on her: to dress as a boy to play in special houses and win some money. Yes, because our heroine has big plans for her future and is determined to do what she wants. Still, this game will also force her to face the man she has always loved and who refused years ago to marry her when she made her proposal. But this time, Caroline is determined to do her quest at all costs! But in addition to this, our two characters are going to have to team up to investigate a character who seems to steal money destined to poor orphans.

I loved to follow this story and it was interesting to see the men/women roles exchanged a little bit here. Indeed, this time, Roe is the one who is reluctant to engage in a story, for fear of hurting the person he is taking care of. Yet this resistance is really hard for him. It is quite frustrating to see that he also likes her. But the person I enjoyed the most is probably Caroline. This young woman is amazing! She doesn’t let go of things, and even hurt, she remains determined in her choices, her goals and tries to do everything to achieve them. She does not care what society thinks of her, and only Roe accounts for her. She also knows from the beginning what to expect. Her rebellious spirit, full of freedom and desire to progress affects us and I took a great pleasure to follow her and to see how she would change with the events.

So yes I had a great time with this novel and I admit that I am very curious to read the previous novels to discover the stories of the other characters. 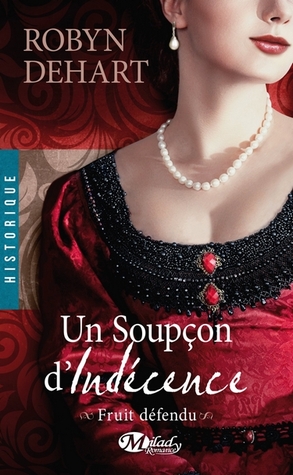 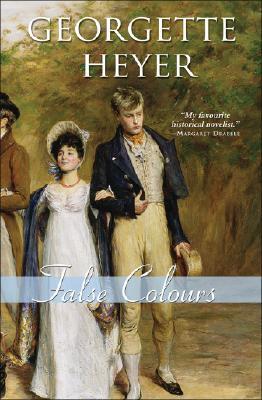