Today bestselling author, Sherry Soule has some exciting news to share with us! All the previously published books in the Spellbound series have been rewritten and republished with more epic romance and suspenseful thrills. The new versions also include exclusive bonus material and brand new scenes. Even additional scenes from charming, bad-boy, Trent Donovan’s point-of-view! To help promote the new editions, she is doing this awesome book promo to share the update with fellow booklovers. 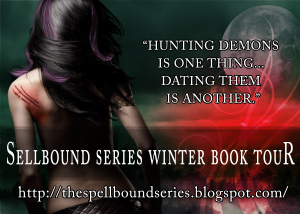 Hi everyone, I’m Sherry Soule—waving from the Bay Area. Thanks for letting me stop by today and chat about my books. It’s a thrill to get to be a guest and meet fellow booklovers. I have put together a few mysterious and intriguing urban legends about the Spellbound series that surround the cursed town of Fallen Oaks, California…

Some researchers believe that certain demon races are actually the disembodied spirits of the Nephilim. (They are also considered to be Shadow People.) The origination of the Nephilim began with the legend of an archangel named Raziel. Urban legend states that Raziel escorted a sect of angels that were to instruct humans in morality.

Unfortunately, these angels began to educate man in sciences that God had deemed to be forbidden. These subjects included astrology, divination, and magic. The tutelage went on for centuries, until the angels began to pine for the human females.

After the fallen angels, or sometimes known as the Fallen, had sexual relations with the women, their unholy union resulted in the hybrid offspring called: Nephilim, which are the direct descendants of the antediluvian Fallen. Nephilim are also known as the Grigori or the Watchers.

It has been insinuated that one of the main reasons for the great flood, was not only to punish man, but to cleanse the earth of the Nephilim created from the union of fallen angels and human women. The flood banished most of the Fallen and their offspring into a Sheol.

So, do you believe in the Nephilim? What do you think will happen if they are ever freed?

One haunted house claim that continues to be an urban legend is the infamous, Ravenhurst Manor in Fallen Oaks. Books and stories have been written based on its hauntings and its reputation as one of California’s most ghostly places.

Ravenhurst Manor’s first owner was a woman and dark sorceress named, Rowan Broussard. After her death, the estate was used as an all girl’s boarding school for many years. The sixty room Gothic mansion was listed for sale with the resident ghosts. Other odd things that occurred in in this house were: doors and windows that opened or closed on their own, cold drafts, whispering voices, and some visitors even claimed to see a dark shadowy figure roaming the halls.

However, Ravenhurst is most famously linked to the disappearance of six children during the years of 1964 through 1967. (After the school was closed, the estate became the property of the town before it was sold to an wealthy, oil magnate.) After the children’s’ bodies were discovered buried within the walls of the house, obviously from less than peaceful circumstances, the town buried them in Silent Hollows Cemetery.

Did these Children buried on unconsecrated ground, lead to the strange tragedy that would make this mansion so famous?

Ah, let’s move on to the zombie apocalypse!

Another interesting urban legend states that on September 28, 1941, during an eclipse, a zombie was spotted in Fallen Oaks. To make matters worse, a fire at the local mill had swept through town. As day turned to night, more zombies appeared. Many townsfolk mistook the undead for dazed mill workers. After the residents received hugs from the zombies, they were bitten by these paranormals, and soon the epidemic spread across the town like wildfire.

To make matters worse, the roads and bridges connecting Fallen Oaks to the rest of the Bay Area had burned in the fire. The townsfolk had no way to escape. Scores of people become lost when they chose to venture into the dark depth of Deadwood Grove rather than face the insatiable zombie menace.

Within days, the Paranormal Research Group (PRG) converged on Fallen Oaks in a variety of aircraft. They established a base on the south side of the forest and went about the process of extermination. It took two weeks to secure the town. A total of 500 people were plague-ridden, an enormous number considering that there wasn’t a zombie vaccine available at this time.

Whatever the case, Fallen Oaks’s zombie outbreak affected just under 600 people, making it one of the worst cases in U.S. history.

Are you prepared for a zombie apocalypse? What if zombies start showing up again?

Thank you so much for letting me chat up my YA series with all of you. It’s been an honor to share the eerie urban legends associated with the Spellbound series. If you haven’t seized your copy yet, please do so. Many thrilling and extraordinary adventures await you!

Places you can cyberstalk, Sherry Soule: 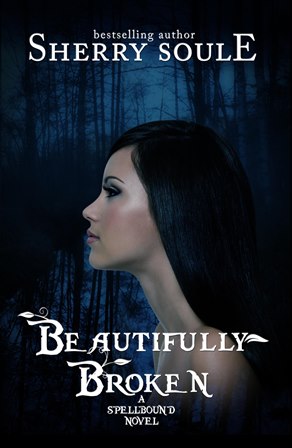 They say every town has its secrets, but that doesn’t even begin to describe Fallen Oaks. The townsfolk are a superstitious lot and the mystical disappearance of a local teen has everyone murmuring about a centuries old witch’s curse.

When sixteen-year-old Shiloh Trudell takes a summer job at Craven Manor, she discovers a ghost with an agenda. That’s where she meets the new town hottie, Trent Donovan, and immediately becomes enchanted by his charms.

Finally, Shiloh’s met someone who is supercute and totally into her, but Trent is immersed in the cunning deception that surrounds the mysterious Craven Manor. So much so that he may lose sight of what is truly important to him. And she can’t decide whether she wants to shake him or kiss him. Yet neither one of them can deny the immediate, passionate connection growing between them.

But underlying everything is the fear that Trent may be the next victim on a supernatural hit list, and Shiloh is the only person with the power to save him…

With cryptic messages from a pesky wraith, Shiloh will finally begin to understand the mysterious significance of the strange mark branded on her wrist and decide how much she’s willing to sacrifice to protect the other teenagers in town.

Unfortunately, for Shiloh, not all ghosts want help crossing over. Some want vengeance.