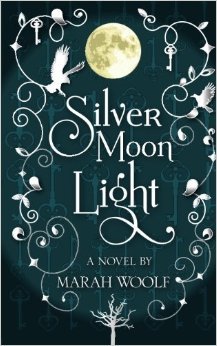 Synopsis: “Even the very first time I saw you, I had the feeling that you wouldn’t be good for me.” Not even Emma’s worst nightmares could have prepared her for the dramatic change that takes place in her life. After the sudden death of her mother, she has no choice but to go and live with her Uncle and his family on the sleepy town of Portree on the Scottish Isle of Skye. The last thing she expects is to fall in love there. From the very first moment she meets Calum, his mysterious aura captivates her. He casts a spell on her, and even his seeming disinterest does little to change this. His contradictory behaviour only adds to his allure. But before long this fassade begins to crumble, and eventually even he gives in to his feelings. When he reveals his true identity to her one day, she flees from him. But it’s too late, for she has already fallen head over heels… A fantastical, mythical book with fascinating creatures that anyone would love to encounter. Immerse yourself in the story of Emma and Calum.

Review: I was not sure what to expect while starting the novel. Indeed, I did not really know about the author nor her novel, even if it is true that I had seen the cover repeatedly on blogs. The French cover immediately intrigued me, as well as the locations chosen for the story. I must say that in the end, I had a great time with this story! I found also that the end came too fast, I was hoping more pages and I especially wanted the solutions right away! Yes … now I am eager to see how everything will be solved.

Emma is going through a difficult period … her mother just died and our heroine finds herself alone. But here she is now forced to have to live in Scotland with her uncle and aunt she did not know about. I found it really interesting to discover such places and landscapes, as well as the myths surrounding the place. This is also there that Emma encounters Calum, a mysterious boy. It’s difficult to understand what the boy wants. He blows hot and cold without us knowing or even our heroine why. Unfortunately he is also the new Emma’s obsession and she is determined to get her answers. So we discover him with her, a boy who never confides about his past and ultimately acts only according to his mood. We know from our first meeting with him that he is something else, a being that has to do with water, but it was very interesting to discover what he was exactly, and the consequences of a possible relationship between the two characters.

But Emma is not left out, as she also has strange phobias. While the swimming pool is a great passion for her, the girl has a real fear of the deep water and she is scared to enter in lakes or sea. We understand little by little about the reason for this and I took great pleasure in discovering everything. So yes I was completely swept away by the story and I was very eager to know and discover everything. A very good time with nice surprises and myths which I did not necessarily expect. Of course, there are many revelations that weren’t some in the end but I certainly had a great time with the story. As I said at the beginning, I am curious to read more when available.

25 thoughts on “SilverMoonLight by Marah Woolf”