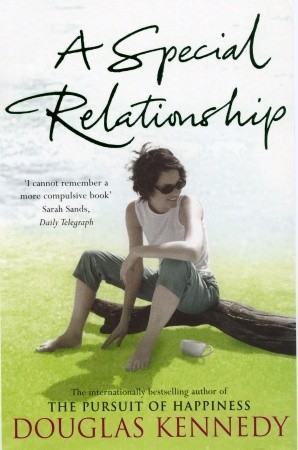 Synopsis: Sally Goodchild, a thirty-seven-year-old American journalist, suddenly finds herself pregnant and married to an English foreign correspondent, Tony Hobbs, whom she met while they were both on assignment in Cairo.

From the onset Sally’s relationship with both Tony and London is an uneasy one – as she finds her husband and his city to be far more foreign than imagined. But her problems soon turn to nightmares when she discovers that everything can be taken down and used against you.

A Special Relationship started out as a romance, but then it became much more about difficult relationship, betrayal, loneliness and despair…

Review: Sally’s story starts out being that of a strong and independent woman, capable to take care of herself, navigate Cairo and write compelling news reports. Then, she meets Tony, and after a few nights of passion, she finds herself pregnant. They decide together to try to make their relationship work, sot hey move to London, get married, and then start to get to know each other much better. Sally’s pregnancy is difficult, and because of those problems, she gives birth early. Afterwards, she is suffering from post-partum depression, she’s having trouble bonding with her son, and Tony is acting so very different from the caring and open man she thought she had married.

Little by little, she manages to get better from her depression, but Tony is not letting go of the fact that she was depressed, and he pushes for divorce and full custody of their son. From there on, Sally understands that her special relationship might have been special for all the wrong reasons. Pulling herself together, trying to find work in a strange country, and fighting both for her son and her sanity, the story takes a chilling and terrible turn.

The writing in A Special Relationship is good, written in first and third person point of view from Sally’s perspective, and in past tense. It took me as long as Sally to realise what Tony was up to, and why, and I was horrified as to how easy it was for Tony to take advantage of her, only to try to discard her later on. While I could feel a connection with Sally, I would have enjoyed her more if she had reached out to some of her friends in the US to help her with the predicament she found herself in, and some of the legal things Tony was up to and managed to get done against Sally didn’t sound very realistic to me. Also, because Sally was a foreign correspondent in Egypt, and thrived there, it seemed quite strange to me that she had such a hard time to adjust to London, Londoners and her new life in general once she moved.

All in all, a good story, and surprising in how well a male author could handle the post-partum depression part, as well as the female point of view throughout it.

Some of my favorite A Special Relationship quotes:

“Another curious thing about the slow progression out of depression: you begin to crave routine.”

I looked up and saw Tony staring at me in that quizzical, peeved way of his.
“You really should go to bed,” he said.

“Well, that was your decision.”

“No – that was my body’s decision. Because my body’s noticed somethign which you definitely haven’t noticed… the fact that I am completely run down after a little physical exertion called ‘havin g a baby’. ” […]

17 thoughts on “A Special Relationship by Douglas Kennedy”