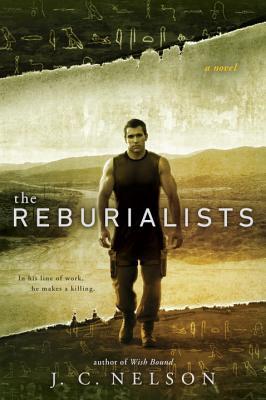 Synopsis: Burying the dead is easy.  Keeping them down is difficult.

Synopsis: I knew the author by his Grimm Agency series mixing fairy tales and urban fantasy which is also very pleasant to read, but he is back today with a new genre. Indeed, The Ruburialists is much different regarding the format. Unlike the previous series, the story is divided from the perspective of two characters: Grace, an analyst and Brynner a hunter. It was interesting to have such a share especially when we understand that the two characters are very different from each other. This then allows us to go a little bit into the head of each and to discover them a better.

Our characters will be launched into a story completely beyond them. Indeed, a Re-Animus, an entity who does not usually speak, asked Brynner to bring the heart that his father had hidden back for their queen who is about to wake up, an object that is directly linked to the disappearance of his mother and so a painful past. Despite what he wants to do, he will have to work with an analyst, and to go home to his family to try to decipher the small notebooks that his father has written and that could provide the location of the heart. Thus we follow the two characters, trying to understand what is happening while managing the strange relationship that exists between them.

I was curious to discover the revelations about the Brynner’s past. We feel that something very difficult has occurred. Besides, he only wants to be like his father and that is also destroying him. Hunting these creatures all the time and dating a lot of women, our hero has a pretty good reputation at the professional level but this is far from the case on the personal side. Besides it is also his weakness and while progressing in the chapters, we will understand that this character is much more complicated and contradictory than expected. Unlike him, Grace is a rather reserved person who does not want to have a relationship with Brynner but who wants to assist for the translation (or it is what she thought at first).

The plot is pretty well done and I admit that I was really interested about the events going on. I regret a little the lack of explanation in relation to the Re-Animus and some lengths. But putting that aside (which remains a detail), it was a great find and I had a good time with the story. It was nice to discover the author in another genre and I’m always curious to read more!

26 thoughts on “The Reburialists by J.C. Nelson”