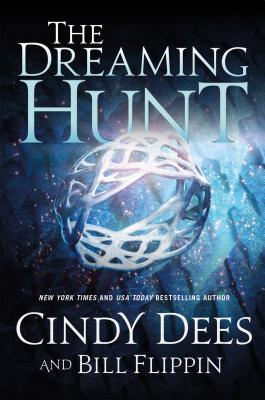 Synopsis: In Cindy Dees and Bill Flippin’s The Sleeping King our intrepid adventurers found the imprisoned echo of a long lost king on the Dream Plane. He told them how to wake him in the mortal realm: find his lost regalia–crown, ring, sword, shield, and bow–and rejoin them with his sleeping body.

Review: I spent a great time with the first volume and it’s true that I was curious to read on and find out what would happen to our heroes. I admit that I had a little trouble at first to put all the characters in mind because with the number, I have forgotten many to my dismay. It’s a shame because the story is great but there is a bit too many POVs for me so that I can find my way.

Of course, I was impatient to see the three main characters of the book such as Rosana, Raine and of course Will. It was interesting to see how they lived, how they participated in their quest after all that had happened and especially to see how Will was trying to train to understand what he was capable of. I will not go into details but our heroes will have again to go through many obstacles to achieve and reach their goals and I can tell you that it will be far from simple. Indeed, new enemies are added, determined to prevent them to bring the king they wish to return to the front of the stage.

I will not say more because a large number of events are taking place here and we are transported by the chapters while trying to understand how everything will unfold. It was a very good second volume even if it is true that I had more trouble to place the characters but I am curious to read more!

18 thoughts on “The Dreaming Hunt by Cindy Dees & Bill Flippin”