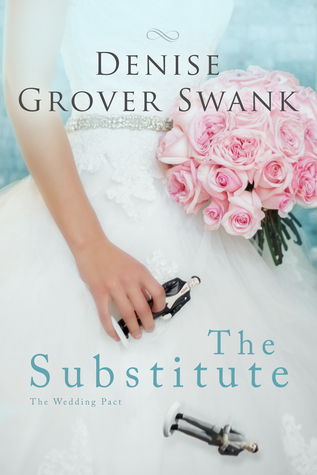 Synopsis: Megan Vandemeer meant to tell her parents about her broken engagement, but a month and a half later she finds herself boarding a plane home to her wedding. Having stretched avoidance to its limits, it’s time to come clean–a terrifying prospect since her mother is sure to blame her rather than her cheating, emotionally frigid ex. A couple of drinks and two Dramamine later, Megan finds herself spilling her sob story to the tall, dark, and handsome stranger in the seat next to her.

With only one week left to save his business, Josh McMillan boards a plane to Kansas City in a last-ditch effort, leaving the details to chance. An unexpected answer is delivered in the form of the beautiful brunette beside him. Though she’s completely loopy, her honesty, openness, and humor charm him. So when she passes out before landing, he helps her off the plane–a good deed that leads to a colossal misunderstanding. Her parents assume he’s her fiancé. In a twist of fate, the mix-up might help Josh save his business, so he plays along, figuring he can help Megan too. All he has to do is stage a public break up convincing enough to appease her mother.

Josh is only supposed to be a substitute groom, but the more time he and Megan spend together, the more their pretend engagement starts to feel real…and the less they want to break it off. Can a relationship that began as a farce turn into happily ever after?

Review: I like this kind of little romances to have a good time. Romances that start from a game, but ultimately turn into something real. But of course, when the love story is there, one of the characters always has something to hide and when the truth is revealed, will things continue to go well or not?

It’s a fairly common theme for many novels, but it’s always a pleasure to read this type of books and I must say that I really liked it. It’s a fresh novel, full of humor, with colorful characters, yes, I had a great time!

Megan could not tell her mother that she had broken up with her fiancé so close to the wedding that is now no longer refundable. Because, yes, once you’ve seen her mother, you understand very well why she was worried. But by chance, she finds a replacement who wants to try to help her. But here it is, he is there for a personal matter. Although she suspects that there is a rock eel, she trusts him and maybe even more.

I really liked this novel. The characters are great, between this uncompromising mother, this erased father, this completely crazy grandmother and the friends. There is someone for every taste. If you are looking for a nice and light romance, do not hesitate! This one is perfect!

20 thoughts on “The Substitute by Denise Grover Swank”