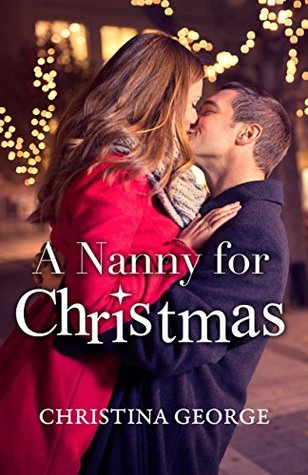 In less than 8 hours Willa went from being a behind-the-scenes nanny for one of the hottest A-list celebrity couples, to having her picture splashed all over every magazine in the country.

Caught in the arms of her sexy employer, Johnny Blaze.

No one cares that Johnny hit on her, and she repeatedly told him no.

Humiliated and desperate to get away from the harsh eyes of Hollywood, she decides to take a short break from her suddenly not so glamorous life and head home for the holidays.

But a quiet Christmas to recoup before heading back to LA wasn’t in the cards.

She immediately runs into Jack, her seriously hot, fireman ex-boyfriend.

Despite Willa’s attempts to keep a low profile, she and Jack are thrown together for a Christmas charity project — making her wonder if she’s meant for a simpler life in Harper’s Corner after all.

Review: The author presents this story as novella, but I think it’s a rather short story for me, because it’s still 141 pages long. It allows to have a short romance, but especially a complete one!

Willa had left everything to become an actress. It was her dream, but it’s been four years since she left and a picture put her on the front of the stage. She goes from the nanny in the shade to the nanny who broke the marriage of a famous couple. Even worse, she did nothing and her career is ruined! Following the advice of her brother, she returns home to find her ex-boyfriend, the one she left to pursue her dreams. The one she broke the heart of.

I had a good time with this romance. It’s not a very complicated story, but we’re having a good time with Willa and Jack. How to resist Jack by the way? It is not possible. They will relearn to see each other even if it is not necessarily simple.

It was a pretty cool story and I’m curious to discover the author in a bigger novel.

14 thoughts on “A Nanny For Christmas by Christina George”