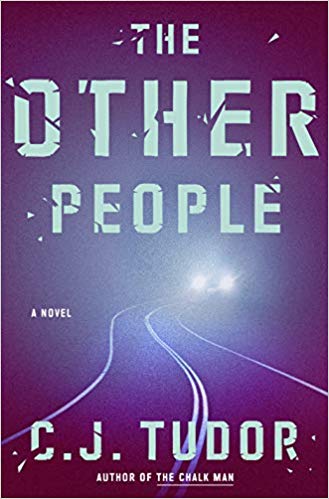 Synopsis: A gripping new thriller about a man’s quest for the daughter no one else believes is still alive, from the acclaimed author of The Chalk Man and The Hiding Place.

He never sees her again.

Three years later, Gabe spends his days and nights travelling up and down the motorway, searching for the car that took his daughter, refusing to give up hope, even though most people believe that Izzy is dead.

Fran and her daughter, Alice, also put in a lot of miles on the motorway. Not searching. But running. Trying to keep one step ahead of the people who want to hurt them. Because Fran knows the truth. She knows what really happened to Gabe’s daughter.

Then, the car that Gabe saw driving away that night is found, in a lake, with a body inside and Gabe is forced to confront events, not just from the night his daughter disappeared, but from far deeper in his past.

His search leads him to a group called The Other People.

There’s just one problem . . . they want other people to know it too.

Review: I’ve loved all the novels I have read by CJ Tudor, so I was looking forward to another one of her writings.

Gabe has his life turned upside down when he comes home one day to find his wife and daughter dead. But something is wrong, as he is sure he saw his daughter in a car on his way home. Abandoned by everyone, he finds himself alone, driving around the gas stations hoping to finally find his daughter, wherever she may be. And maybe, finally, a lead emerges when he finds the car in question…

This was an interesting novel and I was really curious to understand the link between Fran and this little girl, the young woman in a coma and Gabriel. Little by little, the link is made, explanations are given and we understand all the ins and outs.

This thriller was very nice and I spent a very good time with the story. I am as always curious to discover the next novel of the author.

9 thoughts on “The Other People by C.J. Tudor”