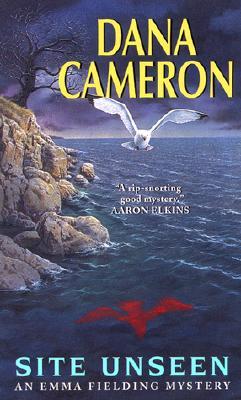 Synopsis: Brilliant, dedicated, and driven, archaeologist Emma Fielding finds things that have been lost for hundreds of years–and she’s very, very good at it. A soon-to-be-tenured professor of archaeology, she has recently unearthed evidence of a 17th century coastal Maine settlement that predates Jamestown, one of the most significant archaeological finds in years. But the dead body that accompanies it–a corpse washed ashore near the site–has embroiled Emma and her students in a different kind of exploration. With her reputation suddenly in jeopardy–due to the ruthless machinations of a disgruntled rival–and a second suspicious death, heartbreakingly close to home, Emma must unearth a killer among the artifacts. But that means digging deep into her past to dark secrets buried in the heart of the archeological community–which, in turn, could bury Emma Fielding.

Review: I love Dana Cameron’s Fangborn series, so I was curious about her earlier Emma Fielding series. The first couple of books are out of print, but I managed to hunt down a second hand copy of Site Unseen. (Yes, I know: I could have gotten the ebook, but I wanted a print copy.)

When the book arrived I was about to start on another book, but decided to have a peek at the beginning of Site Unseen…

Yup: I got hooked right away and read it immediately instead of letting it wait its turn. It’s that good.

I liked Emma from the start, and soon was rooting for her. The archeological dig she’s working on was very interesting to read about (and having Time Team on in the background helped set the mood, I must say), and when the mystery part kicked in I almost couldn’t put the book down. I had to know what was going on.

This isn’t a fast paced mystery. There’s a slow pace at which things progress, but still I was hooked. Both by the developing story, and the way this book is written.

All in all this is a really enjoyable read, and I will most certainly try to get hold of all books in this series, because I want more.

This book is out of print, but available as ebook here 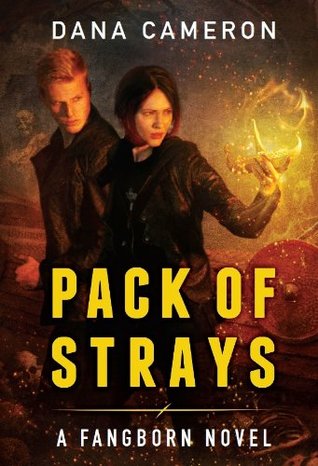 Synopsis: Archaeologist Zoe Miller has been running from a haunting secret her whole life. But when her cousin is abducted by a vicious Russian kidnapper, Zoe is left with only one option: to reveal herself. Unknown to even her closest friends, Zoe is not entirely human. She’s a werewolf and a daughter of the Fangborn, a secretive race of werewolves, vampires, and oracles embroiled in an ancient war against evil. To rescue her cousin, Zoe will be forced to renew family ties and pit her own supernatural abilities against the dark and nefarious foe. The hunt brings Zoe to the edge of her limits, and with the fate of humanity and the Fangborn in the balance, life will be decided by an artifact of world-ending power.

Review: I love books about archeology as it is a subject that I always find fascinating. It was therefore natural to be drawn to this book once the synopsis revealed.

Zoe is a young woman who flees a past she does not understand, but her mother has educated her like that, and both tries to escape from those who pursue them. Our young heroine does not really know what that really means, but whatever the questions she could have, the answers are still very vague. But one day, her mother dies after being very sick in a hospital. But now, without any protection against her past, Zoe is forced to confront the events that occur quickly. And when she discovers that many people are hunting her, she realizes that her condition of “non-human” is evolving to the point that she can not really hide it anymore. And when she comes into contact with an artifact that seems to call her, her life is one more time turned upside down. Indeed, Dimitri, a man we know nothing about, kidnaps her cousin, the only family she has left, threatening to kill her if she does not find the other artifacts for him. Her quest will allow her to meet some extraordinary people, even some of her past, which will allow us to better understand the person she has become.

We will therefore follow our heroine in a mad race against time to save Danny, whatever the cost. But she is not alone in wanting to recover these objects and a large number of people want to use her for their own purposes. I really enjoyed the plot, Dana Cameron has introduced many ideas related to archeology and myths that were really fascinating. Everything is connected and now Zoe has to understand what is happening. Of course, she must also understand who she really is and what she can do. We have here so great revelations and I’m really curious to learn more about her capabilities and her parents. So it was a good first volume, it opens up many possibilities and I’m curious to learn more now.