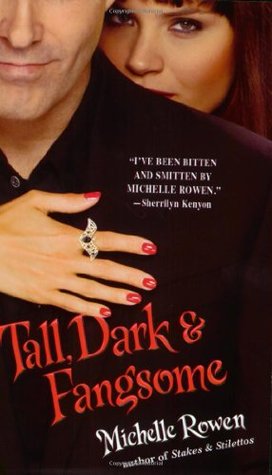 Synopsis: Sarah Dearly’s vampire life is not all B-positive cocktails. A curse made her a nightwalker, the most vicious vamp there is; the charm she wears to curb her deadly tendencies is losing its juice; and a hunter from hell is turning up the heat. Gideon Chase will kill the ones she loves most if she doesn’t obey his orders. That includes breaking up with master vampire Thierry and turning Gideon into an immortal vamp so he can escape a doom of eternal hellfire.

Making things worse are Sarah’s growing feelings for Gideon, a bad boy who keeps showing a vulnerable side . . . but is it for real? Will Sarah’s dark side take over? Or can she cure herself of the nightwalker curse in time to stop Gideon and finally live happily ever after with Thierry . . . forever?

Review: And here’s the last volume of the series. After reading the fourth book, I was curious to see how Sarah would be able to solve her problems. I must say they have only amplified throughout the novels.

To save the people she loves, and to finally get the solution to her condition as Nocturne, Sarah must help her mortal enemy: Gideon, the former leader of the vampire hunters. And for that, he also requires several things: Sarah needs to leave Thierry (the hardest thing she’s ever done) and to deliver the Red Devil (Mission equally complicated it must be said). And while they both play a game to hide their true motives, it seems that the condition of the young woman is only getting worse. The biggest problem there? It may well be that the young woman, or at least a part of her, is a little too close to the hunter who is interested in her without her really understanding the reason.

I really enjoyed reading the last book and it was a real surprise to find all the characters from previous novels like Janie, Quinn or Veronique. Many things happen throughout the chapters. We discover a few revelations about the characters and it’s true that I was very curious to see how Sarah would be able to escape. Yes because since I had the opportunity to read the spin-off series I knew about the purpose of the story. By cons I have to say I did not expect this kind of solution. We also discover an irritating and arrogant young wizard/demon, but he brings a light touch to the novel that I enjoyed.

The end was very well found, which is always a bit tricky, I think, with final volumes and the story had made me want to immerse myself in the following spin -off series to find Sarah and Thierry again. It’s in any case as whenever a volume that can be read lightly and in a short time. 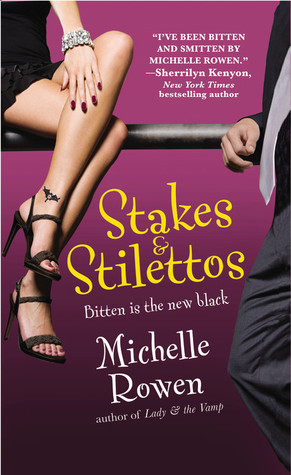