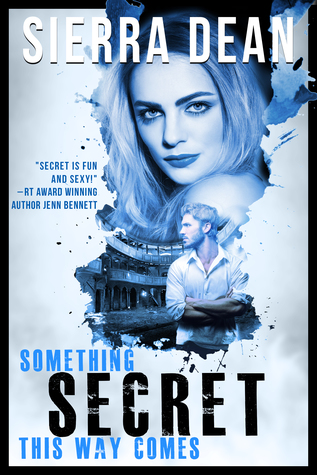 Synopsis: Some secrets are dangerous. This Secret is deadly.

For Secret McQueen, her life feels like the punch line for a terrible joke. Abandoned at birth by her werewolf mother, hired as a teen by the vampire council of New York City to kill rogues, Secret is a part of both worlds, but belongs to neither. At twenty-two, she has carved out as close to a normal life as a bounty hunter can.

When an enemy from her past returns with her death on his mind, she is forced to call on every ounce of her mixed heritage to save herself—and everyone else in the city she calls home. As if the fate of the world wasn’t enough to deal with, there’s Lucas Rain, King of the East Coast werewolves, who seems to believe he and Secret are fated to be together. Too bad Secret also feels a connection with Desmond, Lucas’s second-in-command…

Warning: This book contains a sarcastic, kick-ass bounty hunter; a metaphysical love triangle with two sexy werewolves; a demanding vampire council; and a spicy seasoning of sex and violence.

And yes, I said it!
I announce the color, I have a new darling: Desmond. And it’s not because he wears pants very well and that make his…

Oops, here I go astray from the start. Let’s go back to our pants, uh … story.

Secret arrives. Yes, you read it correctly, the little woman that is Secret lands in France, and with her, all her secrets (no word games). I like heroines who have the respondent, the grip, a real story, I like UF stories who have action, twists, with a zest of sexy.

All that characterizes this new series.

In the universe of Secret, nothing is simple: what she is, nor her allies, nor the universe in which she evolves. All is but one of the faces of a medal, and quite logically, there is another face, a duality that compresses the world and keeps her in a precarious balance. A duality that runs Secret on a tightrope.

I really loved this first volume which lays the foundations of this universe and suggests that it is even more complex than it seems. Secret does not have the language in her pocket, and is not really lucky either. It is not easy to remain discreet when one is by the force of things around so many persons. I do not want to reveal it to you for fear of spoiling the story, but I can only advise you to discover it.

And, by the way: #TeamDesmond!

7 thoughts on “Something Secret This Way Comes by Sierra Dean”