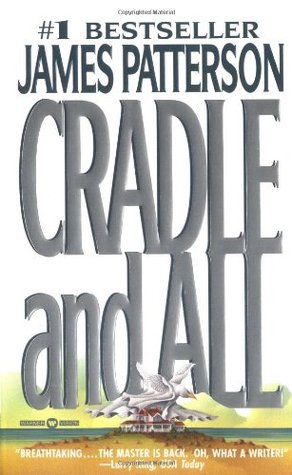 Synopsis: In Boston, a young woman finds herself pregnant–even though she is still a virgin.

In Ireland, another young woman discovers she is in the same impossible condition.

And in cities all around the world, medical authorities are overwhelmed by epidemics, droughts, famines, floods, and worse. It all feels like a sign that something awful is coming.

Anne Fitzgerald, a former nun turned private investigator, is hired by the Archdiocese of Boston to investigate the immaculate conceptions. Even as she comes to care about and trust the young women, she realizes that both are in great danger. Terrifying forces of light and darkness are gathering. Stepping into uncharted territory where the unknown is just the beginning, Anne must discover the truth–to save the young women, to save herself, and to protect the future of all mankind.

Review: After a very original novel, I was delighted to discover a whole new story by James Patterson. And again I must say that I was surprised by the story that the author presents us here.

Colleen and Kathleen are two amazing teenagers, and both seem pregnant and virgins like Marie. But is this really the case? All specialists will look into their case. But besides that, our heroines so perfect in appearance will have to deal with a lot of problems. As if it were not difficult enough to explain to everyone that they are really virgins without people hating or insulting them. Between those who think them saints and others who think them evil, the two girls will see everything.

As for the first book I read, the author offers very short chapters, which allows diving easily into the story to read it very quickly. It was a very intriguing novel and as I said very different and I must say that I did not expect at all for this purpose. Another original discovery of the author!

13 thoughts on “Cradle and All by James Patterson”