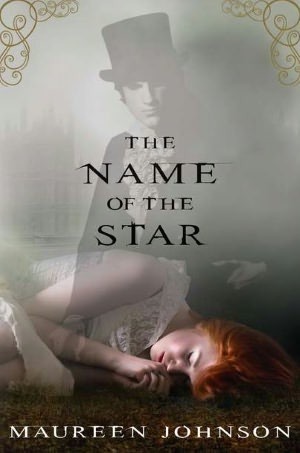 Synopsis: The day that Louisiana teenager Rory Deveaux arrives in London to start a new life at boarding school is also the day a series of brutal murders breaks out over the city, killings mimicking the horrific Jack the Ripper spree of more than a century ago. Soon “Rippermania” takes hold of modern-day London, and the police are left with few leads and no witnesses. Except one. Rory spotted the man police believe to be the prime suspect. But she is the only one who saw him–the only one who can see him. And now Rory has become his next target. In this edge-of-your-seat thriller, full of suspense, humor, and romance, Rory will learn the truth about the secret ghost police of London and discover her own shocking abilities.

Review: I am always very intrigued by novels that feature Jack the Ripper. I had this novel for a long time I must admit and I can tell you that I had a good time with the story.

Rory is a young girl who, after leaving Louisiana to follow her parents to England, finds herself in a boarding school to continue her studies. But her arrival also coincides with the appearance of murders in town, murders that seem to correlate with Jack the Ripper. While the public is terrified of who the next victim will be, Rory tries her best to integrate. And while she thinks one night of seeing the murderer, a person no one else has seen, she is embarking on a story that will completely go beyond her!

I enjoyed the story and Rory. It’s not easy for her to adapt, to manage all the problems that are concentrated around her and at the same time our heroine is determined to understand what is happening. I also liked to discover the character of Jazza who is Rory’s roommate. She is a little shy but very endearing. So it was a nice story and the outcome of the story was finally a surprise for me, I did not expect it.

16 thoughts on “The Name of the Star by Maureen Johnson”