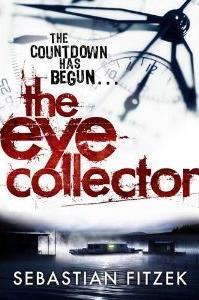 Synopsis: Ready or not, here he comes…He plays the oldest children’s game in the world, hide and seek. Only the Eye Collector plays it to death. It’s the same each time. A woman’s body is found with a ticking stopwatch clutched in her dead hand. A distraught father must find his child before the boy suffocates – and the killer takes his left eye. Alexander Zorbach, a washed-up cop turned journalist has reported all three of the Eye Collector’s murders. But this is different. His wallet has been found next to the corpse and now he’s a suspect. The Eye Collector wants Zorbach to play. Zorbach has exactly forty-five hours, seven minutes to save a little boy’s life. And the countdown has started…

Review: I always find it interesting to read thrillers from time to time and it is true that, given the nice reviews for this book, I was curious to find out how it really was.

Zorbach Alexander, former cop, became after a tragedy a journalist. This change has led many implications for the man who lost his wife, his job and many other things. Yet he managed to recover and to return to his life to finally fall into another through. A serial killer is on the move. In fact, he kills the mothers and kidnaps the children while leaving a stopwatch. If the child is not found within the allotted time, the child will be killed without any concession. You can imagine the excitement in all places while the police is trying to understand who is behind these terrible acts. But the most involved person remains Zorbach who writes about this killer and pursues him as much as possible even if nobody seems able to stop him. Yet his investigation will lead him in darker paths, forcing him to team up with a young psychic woman who claims to be able to see the people’s past / future, including The Eye Collector’s. And even though our man remains quite skeptical about her gifts, he will do anything to put on his side all the possibilities to find the culprit. The only problem is that all the clues seem to converge towards him … whether it is: the last victim, surveillance cameras, witnesses … and yet he knows that someone else is at work. Our reporter is launching in a race against the clock to find the two missing children and save them before it is too late. But it could at the same time add more trouble than he would have never believed.

I really liked how the story was turned and it’s true that I had a lot of questions throughout the story. It was very difficult to know who the culprit was and my idea about him was constantly changing. Was it Zorcbach? Alina? The husband of the last victim? Someone else? It was very intriguing to be manipulated by the author in this way, to wonder whether Zorbach did not have a second personality which he was unaware of. Yet whatever happens, I was really surprised at the end of the novel because I did not expect that at all. And when we think the story is ending after all these events, we understand that this is really just the beginning. I must also say that I am now curious to see what will happen in the sequel because I’m sure it will be full of events.

It was a very good first novel and the author manages to perfectly manipulate the reader through the chapters. A good surprise, all set in Germany allowing us to discover a new environment and a new writer.

11 thoughts on “The Eye Collector by Sebastian Fitzek”