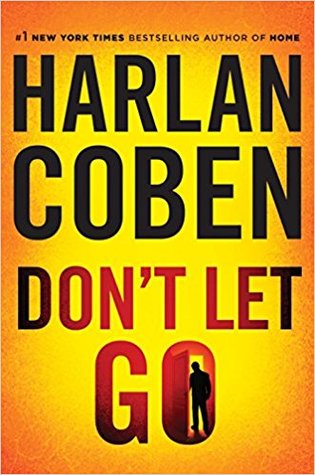 Synopsis: Suburban New Jersey Detective Napoleon “Nap” Dumas hasn’t been the same since senior year of high school, when his twin brother Leo and Leo’s girlfriend Diana were found dead on the railroad tracks—and Maura, the girl Nap considered the love of his life, broke up with him and disappeared without explanation. For fifteen years, Nap has been searching, both for Maura and for the real reason behind his brother’s death. And now, it looks as though he may finally find what he’s been looking for.

When Maura’s fingerprints turn up in the rental car of a suspected murderer, Nap embarks on a quest for answers that only leads to more questions—about the woman he loved, about the childhood friends he thought he knew, about the abandoned military base near where he grew up, and mostly about Leo and Diana—whose deaths are darker and far more sinister than Nap ever dared imagine.

Review: It had been a long time since I had read a novel by Harlan Coben but I remember having a good time so I was very curious to get into this one.

Nap’s life completely changed at eighteen when he lost his twin brother and his girlfriend. There is an official version but he is convinced that there is more then when the traces of his former girlfriend reappear so many years later, he knows that he will not let down this time. Engaging himself in a story that is completely beyond him and that will put him in more danger than any of his investigations, he will try to understand what happened. And then he has no one left, so what does he has to lose?

I really had a great time with this story and I was easily carried away by the author’s ideas that lead us to some very amazing paths. I admit that I have not seen anything coming and I love it when it happens even if I suspected that one of the characters was not very clear. Nap is determined to understand what happened and to discover what everyone is trying to hide.

It was a very good thriller, full of suspense and I really had a great time with this story. I had forgotten how much Harlan Coben was able to propel us into his universe. A very good discovery!