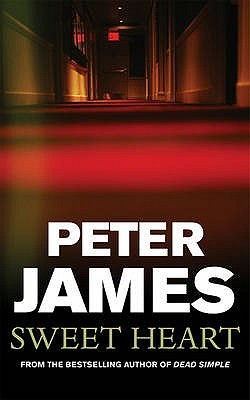 Synopsis: Charley has a strange feeling when she sees the idyllic mill house with its cluster of outbuildings, the lake and the swirling mill stream; a powerful sense of recognition, as if she has been there before. Except she knows she hasn’t. After Charley and her husband Tom move into Elmwood Mill, sinister memories of a previous existence start to haunt her. Despite both their attempts to dismiss everything with rational explanations, the feeling turns to certainty as the memories become increasingly vivid and terrifying. Charley is persuaded to undergo hypnosis – but in searching deep into her past, she unwitting opens a Pandora’s box of evil …and now the terror is free.

Review: Sweet Heart is the first Peter James book I read so I was very curious to find out more about his world. Then it’s been a while since I had not read a good thriller and when it contains a small dose of supernatural, it’s even better!

Charley and her husband Tom have been trying for several years to have a child without success. Now their couple is in crisis. To save their marriage, they decide to leave London to live in the countryside in Sussex. This move is a new beginning for them and they hope that things will get better between them and they finally will start a family, away from the daily stress of the city. But when Charley visit Elmwood Mill for the first time, she is immediately overwhelmed by a strange feeling of familiarity, as if she had already come in this house. And things only get worse when the couple moves into the house…

Overall I found this novel pretty good. I love scary haunted houses stories. The author has perfectly set up a heavy and agonizing ambiance like those we found in all good horror movies: oppressive atmosphere, sudden drops in temperature, noises, unexplained deaths… We can sense very well the heroine’s uncomfortable feeling in her own house.

But unfortunately I must say that the plot was too predictable and I have not been able to completely immerse myself in Peter James’ story. In fact, we understand a lot of things too quickly because we can guess pretty easily what happened even before the revelations occur. Sweet Heart is cruelly lacking in mystery and suspense, which is a pity. The heroine in her quest for truth has not seemed to me particularly endearing and her refusal to admit the obvious every time was quite annoying. The ideas of reincarnation and regression hypnosis were two important and interesting elements though, but that should have been more exploited.