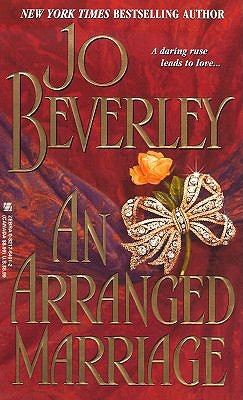 Synopsis: SHE WAS A RELUCTANT BRIDE
Eleanor Chivenbam didn’t put much past her vile brother, but even she bad not anticipated his greedy scheme to dupe a rich earl into mistaking her for a lightskirt! Her reputation in shreds, her future ruined, a defeated Eleanor was forced to agree to a hasty marriage of convenience. But marriage to Nicholas Delaney, Earl of Stainbridge, with his casual elegance and knowing smile was more than she’d bargained for He was a renowned rake and scoundrel, and no doubt be thought the worst of her Yet Eleanor wasn’t sure bow long she could bold out against his undeniable charm-or the secret desires of her own heart.

BUT HE WAS A PERSUASIVE GROOM
For the sake of family honor Nicholas Delaney agreed to marry a wronged young lady. In truth, such chivalry ran counter to his carefully wrought image of carousing, dissolute rogue, the guise so vital to his secret political mission. But if be bad hoped to keep his new wife well in the background, be was sorely mistaken. The chit’s fighting wit and uncanny beauty were impossible to ignore In fact, she presented quite a challenge to his prowess with women; and Nicholas never could resist a challenge.

Review: I appreciate more and more to read historical romances, so when I saw a new release in French, I was intrigued. However, before starting the novel is true that I’ve seen some pretty mixed reviews, so I was a little anxious about my read. It wasn’t that awesome but I still enjoyed reading the whole story.

Eleanor is a young woman who never had an easy life. More than that, she hates his brother with all her heart, however, if she runs away before her 25 years, her legacy will be lost to his advantage. But when he organizes an act of the most malicious, drugging her and orchestrating her rape, the woman no longer has a choice. And after visiting her abuser, he finds the perfect solution, a wedding! However, as he doesn’t want to get married himself, and having a twin brother, he organizes a plan, explaining to the woman that it was his brother who attacked her and explaining to his brother that he should marry the girl. And while her meeting with Nicholas (the brother) is cold enough, she understands very soon after her marriage the truth which makes her very angry. But it allows her to start a new life with her husband, away from mistakes that happened. Yet while they seem to appreciate each other more and more, a distance will quickly appear between them. While trying to do everything to be the perfect husband, he secretly maintains a relationship with his mistress on behalf of the government, in order to update an international conspiracy. But hiding all that from his wife, Eleanor thinks very quickly that her husband doesn’t care for her and even though she knew the consequences of this arranged marriage, she can only suffer from the events. She doesn’t understand the change of attitude of her husband who can be the sweetest and caring person for a moment and coldest and impersonal man others. But the secrets degrade their relationship more to the ultimate point where a decision must be taken.

I was really curious to see how the relationship between these two characters would be. However, it is true that the secrets break our heart and destroy their relationship little by little while the truth might have been able to help them. Eleanor manages to understand some things even if it’s not the whole truth exactly but as neither trusts the other, everything is still very complicated. It is sad to see that misunderstandings will change their like to become a hell. Yet they have many qualities. Nicholas is kind and loving even though he did not ask to be in such a situation. But what impressed me most was his control over his feelings in all circumstances. Conversely, Eleanor is a young pretty impulsive person and she does not hesitate to speak her mind or to spy on conversations when she wants to.

It was an interesting story to read and I was really curious to see how it would end and I admit that I had many questions until the last pages of the story. I just wish that the couple was able to really talk about it before, it would have avoided a lot of trouble for nothing.

7 thoughts on “An Arranged Marriage by Jo Beverley”